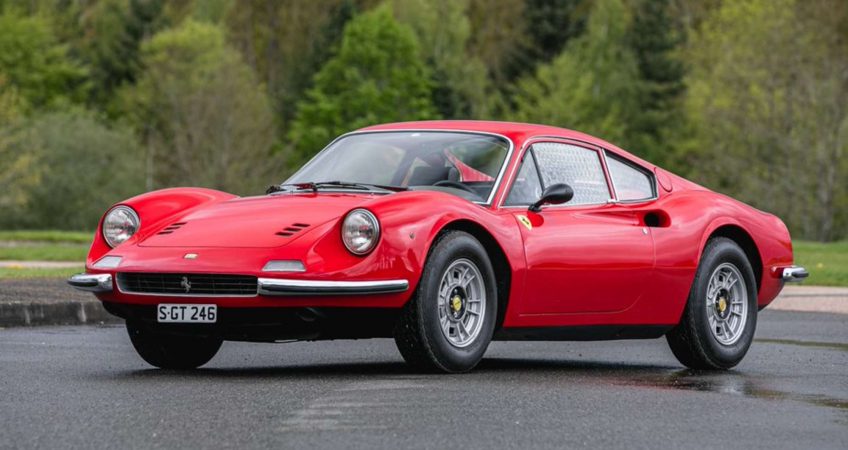 Last weekend Silverstone Auctions attended National Ferrari Owners’ Day at Sywell Aerodrome where they hosted their dedicated marque sale of Ferraris. The auction house had a brilliant sale with a fantastic £2.3 million worth of sales achieved. The event was a huge success with a staggering 837 Ferraris there and 1800 people attending the wider event. Silverstone Auctions really enjoyed their collaboration with Ferrari Owners’ Club. Over 100 items of Ferrari themed automobilia and 30 superb Ferraris went under the hammer on this spectacular day.

Throughout the day, a number of cars through the ages sold such as Lot 206, the 2010 Ferrari 458 Italia DCT. This exceptional Ferrari has celebrity provenance behind it, fabulous specification,a comprehensive service history and sold for £120,375. Another was Lot 211, 2003 Ferrari 575M Maranello F1. This striking and very attractive Ferrari is presented in immaculate condition with a double dose of celebrity provenance and sold at the weekend for £92,250. Lot 229, the 1996 Ferrari F355 GTB – Manual was the ultimate F355, it is an immaculate, low mileage example with beautiful carbon seats and sold with Silverstone Auctions for £90,000.

“We were honoured to be a part of such a special day which celebrates Ferraris. We were delighted to see so many faces in our auction hall last Saturday as we safely welcomed back bidders into the room. We are now inviting entries to our next auction, talk to one of our team today about The Classic Sale at Silverstone.”

From noon Silverstone Auctions also had an automobilia sale. The sale was successful and saw an entire collection of number plates offered from a well-known radio and television presenter, all of which sold for great prices. The sale ended with a number of number plates, watches, paintings, and enamel signs selling, all the results from the great day are on their website.

Silverstone Auctions are now inviting entries for their next auction which is The Classic Sale at Silverstone on Saturday 31st July – Sunday 1st August, with a dedicated motorcycle sale on Friday 30th July. You can now submit an entry for this auction here or contact the expert team on 01926 691141.