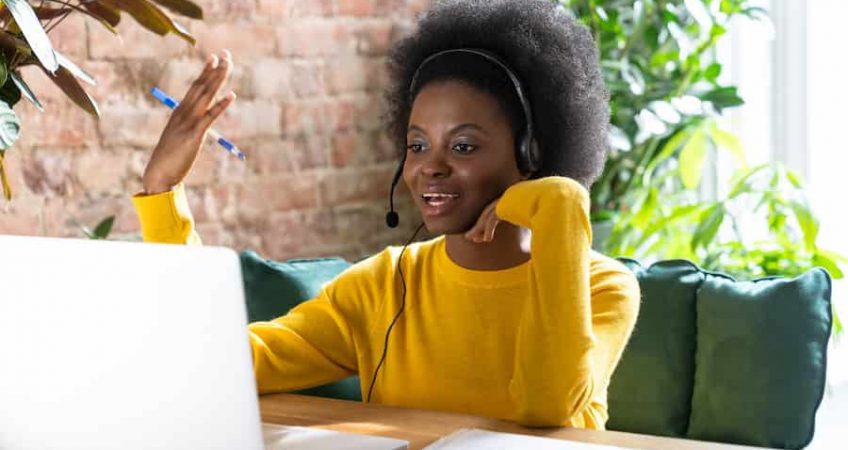 At the fourth Women in Wills event of 2021 professionals joined for a welcome distraction by sharing updates and experiences and enjoyed insightful contentious probate presentations.

We would like to thank our sponsors, Estatesearch, Honey Legal, Arken.legal and Lawyer Checker for supporting the event. We caught up with each of them to hear what had been happening in the businesses.

Katie Spencer of Estatesearch updated the group that they had had a really busy few weeks in development terms and have been taking on board what customers want and added new products into the portal.

Grainne Dunne from Arken.legal informed everyone that they had switched off their legacy product at the end of month, so they are desktop solution no more and are all in the cloud.

Teressa McDonald from Honey Legal told everyone that the company was very busy launching a new product. They are also actively advertising for staff and she would like more female colleagues as she was the only one on the board.

Heidi Jenkins from Lawyer checker warned everyone that the team had been looking at all things to identify fraud and cyber. A colleague, Tom Lyes had found an excellent example case of financial mortgage fraud which involved a fraudster stealing a wife and husband’s identity and taking out a £800,000 mortgage in their name. Despite the couple’s awareness of the fraud, they were unable to do anything to stop it. The story was picked up and ran in the I Newspaper with Tom Lyes being quoted in the article.

Our industry insight speakers for the event talked in turn about contentious disputes. Lydia Pemberton, a barrister from 3PB Barristers covered younger dependent children cases and Tara McInnes, a partner in the contentious probate team at Burnside Partnership, focused on adult claims.

First up was Lydia Pemberton who presented on the interesting recent contentious dispute case Re R (Deceased) (2021) EWHC 936 (Ch), the judgment in which had been handed down on 16th April. The case was in relation to the provision of minor children claim and how the lack of maintenance provision for them during their deceased father’s lifetime, should be approached after death. She covered the case in detail, explaining the pitfalls of the case and lessons learnt.

Next Tara McInnes also covered various adult child claimants who had brought a claim under the Inheritance (provision for family and dependants) Act 1975 (Inheritance Act) on the grounds that reasonable financial provision had not been made for them in the will.

Tara discussed with the group four adult child claims in the 2017 – 2021 period. The famous Ilott v Mitson case was brought up as the framework and key factor to be considered when assessing claims under the Inheritance Act. This landmark case back in 2017 was expected to clarify the position about the application and scope of the Inheritance Act. Following the outcome of this case, practitioners hoped the act would be clearer, but it has not been the case.

One example of this was a claim Tara acted in, Rochford v Rochford (2021) where the landmark case had not helped the outcome of these type of cases. Tara believed that practitioners should encourage their clients to be aware that these claims can be brought and maybe consider whether to leave children something rather than nothing (there is no 10% rule following Ilott, where this figure is referenced), or make a letter of wishes explaining reasons for leaving them nothing or only a little, to try and prevent claimants from bringing inheritance claims in the first place. Clients should also be made aware that their child/children’s circumstances could change, so where they are seemingly affluent at the time the will is made, hence the reason for leaving them out, their position could easily change and years later they might not be so well off, which could be the basis for a claim.

The host Karen Babington asked what kind of proportion of the wills are now being contested and is there is any trends in the last 12 months.

Tara said it is difficult to give a proportion of wills being disputed and claims brought against an estate but she has definitely seen an increase in recent years. There is more publicity in this area and people seem more aware that they can challenge wills or bring claims against an estate.

Lydia confirmed that 100% of hers are contentious cases. She predicted this becoming because of the baby boomer era as people are dying and leaving property and if someone were to take a case on CFA, they would not have anything to lose. Lydia said inheritance act claims have piggybacked on blame/compensation culture akin to PI claims and feeds on the idea that there is a nuisance value, even if it is £10K or £20k, for a claimant to push for.

Karen asked the group if there was an expectation of buying their first home from the bank of mum and dad and that they were naturally expecting inheritance.

Emma-Louise Green from Meridian Private Client LLP told the group there has been a large increase of estoppels being made and children moving in with parents to care for their parents and wills may be changed and not changed. Contentious probate as a whole is on the rise as people are living differently because of Covid.

Jane Cassell questioned where there are discrepancies between results in contentious probate cases, do you put that down to likeability of witnesses or do you believe that’s not relevant – or something completely unrelated.

Tara McInnes said the difficulty is that each case is largely decided on its own merits, and what the judge thinks on the day. It is entirely possible that one person in the litigation comes across to a judge as more believable on the day. There is a huge risk in proceeding to trial and it is prudent to work out the risks before going to trial and to consider settlement options and Alternative Dispute Resolution at an early stage in proceedings.

Jade Gani, solicitor and head of private client at Aston Bond updated us on her Wishing will foundation which had a soft launch in February. The launch went live to members of the partnered hospices and charities they are working with. Jade announced that from May it will be open to the general public.

Samantha Day from Tower Street Finance (TSF) advised everyone that they are launching a funding solution for probate in the next week. Their product provides funds for cases which they have no involvement in. The solicitor would bill TSF but the agreement is between TSF and the client. It was felt that lack of funding in contentious probate is a big problem and a reason that a lot of cases settle, perhaps prematurely, because people cannot fund good claims to trial.

Karen asked if you had to pass on a contentious probate matter to a practitioner, how do you choose.

Lydia said that great solicitors have worked very hard to get a good result, the judge should be saying inheritance act is about needs not fairness. Lydia said “If I was looking, I would choose someone who is clear and tells clients the honest truth about their case and how it could play out.”

Lastly to finish the meeting off Emma Baddaley from Inheritance Data posed a question for the group as to whether face to face Women in Will lunches were in the pipeline and how everyone felt about it. Karen and Grace excitedly told everyone that venues are being investigated to have lunches in the summer onwards, on a geographical basis so it is fair for everyone and zoom meetings would continue alongside for the rest of the year.

The Women in Wills meetings take place every third Thursday of the month. If you would like more information, please contact Grace Beech, [email protected] or visit our website here.