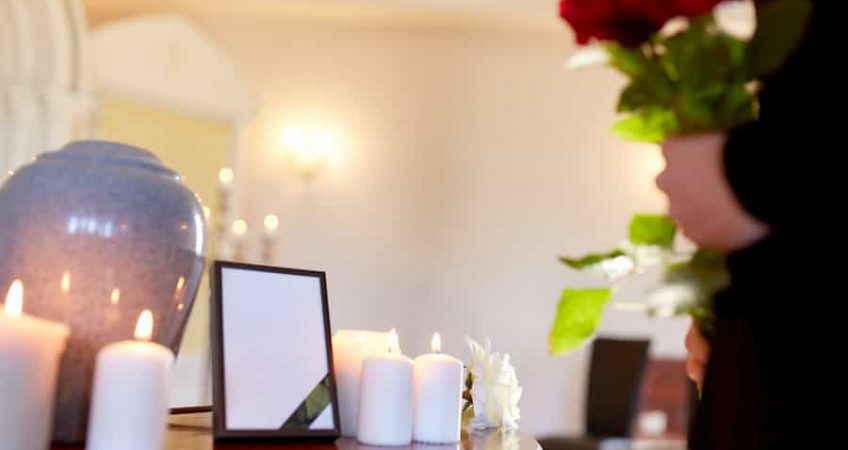 Direct cremations now account for 19% of cremations and 14% of all funerals (up from 3% last year), marking an almost five-fold annual rise, according to SunLife’s 2021 Cost of Dying Report – the leading and longest-running report into funeral costs.

Overall, the average funeral cost (proportional average of a burial and standard cremation) now stands at £4,184, up from £4,115 in 2019. And while this is still an annual rise, it marks the lowest rate rise seen since SunLife started tracking funeral costs in 2004; a rise of just 1.7%, compared to a 17-year average annual rate rise of 5.32%.

The impact of COVID-19

With social distancing, lockdowns and quarantine restrictions in force throughout most of 2020, a direct cremation has been the most practical option for many.

Of those who organised a funeral between February and July, 82% said it was affected ‘a lot’ by the pandemic and 71% said not everyone who wanted to attend could do so.

For most (86%) organising funerals during this time, there were things they couldn’t do, or had to cut back on – mostly to do with the wake.

Of those organizing the funeral for a loved one who died as a result of Covid-19, 15% had to change certain things about the funeral because they couldn’t afford them and for 34%, paying for the funeral caused ‘notable financial concerns’.

As well as struggling financially, many of those who organised a funeral during the early part of the pandemic found very difficult emotionally, as they were not even allowed to hug each other in their grief.

“My mother died of Covid-19 and because of that her body couldn’t be embalmed, so we couldn’t see her at the chapel of rest. That would have meant so much to us as we only had a 10-minute video call to say our goodbyes.”

“I am truly heartbroken by the idea that one cannot visit their loved one’s grave and mourn with family members.”

Funeral directors also found it very challenging to operate under the restrictions; virtually all of those surveyed (97%) were affected by the pandemic, two-thirds of those were affected ‘a lot’ but sadly, only 54% said they felt supported by the Government as they tried to navigate the ‘new normal’.

“The guidance has been misleading and disorganised. There was a document that was published about care of the deceased…We were told we had to wear hazmat suits and it was very contagious so I read it all, went out, bought it, and lo and behold I went to find that document and it disappeared. There was a new one telling us not to worry, a mask and apron is enough.”

“It has been hard to control people in an emotional state in a funeral, they want to hug and want that contact…They need children or close friends and that has hit families hard.”

The future of funerals

Many funeral directors say they think the pandemic will have a long-lasting impact on the industry, with one of the main changes being a continuing trend for direct cremations, which, funeral directors argue, is starting to lose its stigma as the ‘cheap choice’ and instead be seen as a legitimate option for those who want a simpler funeral.

“We see direct cremations continue to rise (in popularity) because people don’t just see it as a cheap option but rather now but as another respectable choice.”

“It is clear from our report that the pandemic may have triggered a fundamental shift within people’s attitudes and indeed the funeral industry. Most notably, the option of a direct cremation is becoming far more widely understood and accepted.  With many families unable to organise a more traditional funeral due to government restrictions they have chosen a direct cremation and potentially saved thousands of pounds.

“As a result of more families asking for direct cremations, over 90% of funeral directors now offer them.  As well as reducing costs, direct cremations also increase flexibility, allowing families to organise the send-off whenever and wherever they like.”

As a nation, we don’t like to talk about death; of those who recently organised a funeral for a loved one, over a third have still done nothing about their own, with almost half saying it is because they either don’t want to think about their own death, or feel uncomfortable talking about it.

Cole says if we could break the taboo around talking about death, we could see this cheaper type of funeral rise even further.

“If people spoke about their wishes more, it is likely the number of direct cremations would rise still further and the overall cost of funerals would drop,”

“One in ten of us feel pressured into spending more than we want to on a loved ones’ funeral for fear of being seen as cheap, but the reality is that most of us (57%) would be happy with a direct cremation or want our loved ones to spend ‘as little money as possible’ on their funeral so if we talked about things more, not only would we all get the send-off we want, but we might save quite a bit of money too.”

“The other benefit of speaking to loved ones about what you want is that you can make the funeral really personal – and by having a direct cremation, you can also free some cash to spend on those ‘personal touches’ that matter most”