Pensions – them and us

Pensions Minister, Ros Altmann, has disclosed in a statement to the House of Lords that just 37% of people will receive "the full amount of new state pension directly from the state" in the first year of the pension reforms, with the remainder coming from private pensions.

In addition, within the summer budget, George Osbourne announced a consultation on the future of pensions with proposals for sweeping reforms as to how savings could be taxed throughout working life. The consultation, which also looks at how pensions are taxed upon retirement, could see higher rate tax payers worse off if changes are made to the current system of pension taxation.

Meanwhile, the House of Commons has announced a generous pensions bonus for MPs, worth as much as £50,000, which according to independent pensions consultant, John Ralfe, will cost taxpayers millions more than expected.

Like all final salary schemes, an MP’s pension is calculated by a percentage of their final salary and with their recent 10% pay increase, the final salary retirement fund will also benefit from a significant boost.

Initially the Prime Minister opposed the pay rise, but following a ruling from the Independent Parliament Standards Authority that the 10% increase is justified, he is now said to be planning to accept the increase in his salary to £150,000.

Commenting on the pay and pension increases, Mr Ralfe said:

"Prime Minister David Cameron, for example, who was elected in 2001, has earned an inflation-proofed MPs’ pension of £23,500 a year, based on his current salary (he also has a separate pension as a minister), so a 10 per cent pay rise increases it by £2,350.

"The 10 per cent pay rise is therefore the same as an MP elected in 2001 receiving a £50,000 one-off final salary pension ‘bonus’. The total cost to taxpayers of this bonus for all 450 eligible MPs is therefore around £15 million.

"Although Mr Cameron may not be able to stop the one-off 10 per cent pay rise, he can make sure MPs do not receive this pension bonus."

What are you doing to ensure that your clients obtain the maximum benefit from their pension pot? What should the younger generations be doing now to prepare for possible pension changes in the future?

Have your say in the comments section below. 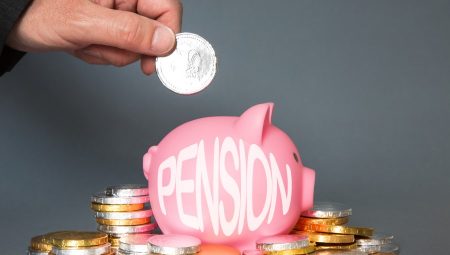