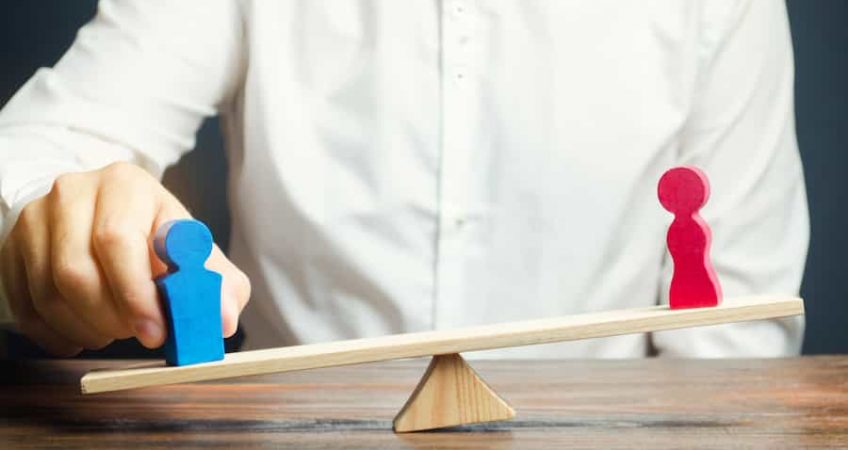 Beverley Beale, Court of Protection Panel Deputy and Associate at Weightmans LLP, discusses a case of a family dispute in which a member of their family who lacked mental capacity, should not have the Covid-19 vaccination.

With the continued roll out of the COVID19 vaccine programme and the further lifting of social restrictions, there is growing optimism for the long hoped for return to normality.

Certainly, the vaccine programme is providing hope and reassurance for many but it is not without its critics and those who doubt its efficacy have the freedom to decide against having it; at least as long as they have the capacity to make such a decision.

The attendance of an individual, under his or her own steam, at one of the many vaccine centres is a relatively express manifestation of consent but for those offering the vaccine in other settings (such as care homes, hospitals or supported living facilities for example) capacitous consent is not so readily apparent and care must be taken to establish its existence.

The UK public sector information website; gov.uk advises healthcare professionals to plan in advance so that all information necessary for the decision making process, is available to support an individual to make, if at all possible, the decision for themselves.

If the individual is not able to make the decision, a best interests decision will be need to be made for them taking into account the requirements of s4 of the Mental Capacity Act 2005.

Section 4 sets out the matters to be taken into account which include the requirement at s4.(6) to consider so far as is reasonably ascertainable:

and at s4.(7) the requirement, if it is practicable and appropriate to consult them, the obtain the views of:

(a) anyone named by the person as someone to be consulted on the matter in question or on matters of that kind,
(b) anyone engaged in caring for the person or interested in his welfare,
(c) any donee of a lasting power of attorney granted by the person, and
(d) any deputy appointed for the person by the court

Despite, or perhaps because of the novelty of vaccines, the Court of Protection has already been asked to adjudicate in cases of dispute, with the first reported case being that of E (Vaccine).

The Court was asked to consider whether it was in the best interests of an 80-year-old woman (E), with dementia and diabetes, who lacked the capacity to make the decision for herself and was living in a care home, to have the vaccine despite the objection by her son.

In determining best interests, Hayden J considered the requirements of s.4(6) noting that:

• before her incapacity E had willingly received flu vaccines;
• had expressed her trust in her healthcare professionals by confirming that she wanted ‘whatever is best for me’; and
• such trust had been evident throughout her life.

The views of E’s son had been sought in accordance with s.4(7) and Hayden J concluded that his concerns, including his deep scepticism about the efficacy of the vaccine represented:

“a facet of” [the son’s] “own temperament and personality and not reflective of his mother’s more placid and sociable character”.

A balance needed to be reached between what was a real risk to E’s life from contracting the virus and the unidentified possibility of an adverse reaction to the vaccination. The judge felt that the competing risks were not finely balanced and did not involve weighing a small risk (of having the vaccine) against a very serious consequence of not having it.

E (Vaccine) was followed by Re CR, which concerned a clinically vulnerable 31 year old man, resident (at that time) in a care home, diagnosed with a lifelong severe learning disability, autism and epilepsy and who fell within the priority group for a vaccination. In this instance it was CR’s father who opposed the vaccination.

As it was not possible to reasonably ascertain CR’s wishes HHJ Butler applied an element of “substituted judgment” which would take into account both CR’s past and present wishes and feelings as well as the factors which he would consider if able to do so such as the scientific and medical evidence of the efficacy of the vaccine as well as CR’s living arrangements, underlying health condition and the risk of not having the vaccine.

HHJ Butler considered that CR would have been likely to have considered those factors and found that it was in CR’s best interests to have the vaccine.

It remains to be seen whether the continued uptake of the vaccine and therefore the test of its efficacy in the real world, will bring about a reduction in objections to its delivery into the arms of those unable to consent or refuse it for themselves. In the meantime, the Court must continue to weigh the competing risk of contracting the disease and of receiving the vaccine designed to stop its spread.