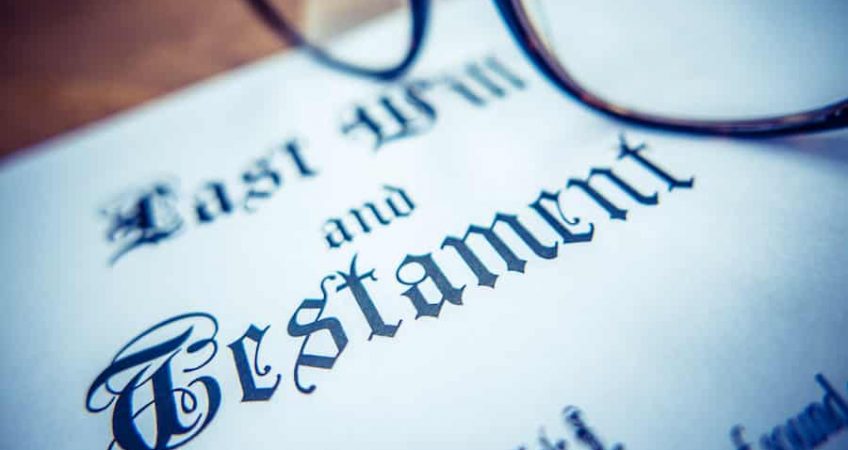 With technological advances evolving rapidly in a modern world and a unprecedented pandemic radically shifting the Wills sector to adopt digital technology to evidence the execution of testators’ last wishes, the legal framework for making a Will has stayed largely the same since the introduction of the Wills Act 1837.

The Wills sector has always shied away from a digital world, but Covid-19 has changed the mindset into the 21st century as last September 2020 saw The Wills Act 1837 (Electronic Communications) (Amendment) (Coronavirus) Order 2020 SI 2020/952 come into force – amending s9 of the Wills Act to permit live video “presence”, retrospectively from 31 January 2020 and temporarily to 31 January 2022 in England and Wales.

But a rise in disputed wills demonstrates that there is a need to radically reform this area of law which saw the Government update the current archaic rule in line with the extraordinary times, we all now live in.

The project seeks to include possible reform of key principles of the legislation, modernising the language and reforming any ambiguities. Emily Deane TEP, STEP Technical Counsel said in a recent technical corner on the 14th Programme of Law Reform that:

“Many consider that reform in this area is long overdue and there is a need to review testamentary capacity, statutory wills, supported will-making, the formalities, the protection of vulnerable testators, and of course digital aspects such as electronic signatures and execution. We understand that the Commission hopes to pick this project up again by early 2022”

The Law Commission consulted on proposals to:

The Law Society supports the majority of the Law Commission’s proposals to bring the law into the 21st century.

Their key comments are:

We support the proposal to adopt the definition in the Mental Capacity Act 2005 (MCA) for testamentary capacity.

Adopting this legal test will address the current issues identified by the Law Commission, where different tests are applied depending on whether:

• a testator is executing a will, or

We strongly agree that a code of practice would be helpful in providing guidance to the court, and professionals (legal and otherwise), as to how capacity should be assessed.

A clear code of practice, written in plain English will also inform lay persons who may be supporting loved ones to make a will, or who may question how their capacity may be assessed.

We agree that it’s sensible to keep the making of a statutory will within the jurisdiction of the Court of Protection. However, we highlight that a comprehensive review of the law of wills should include a full review of the framework and operation of statutory wills.

However, we highlight that a comprehensive review of the law of wills should include a full review of the framework and operation of statutory wills.

We agree that the fact that a person had not made a will before losing capacity should not preclude the making of a statutory will on their behalf.

Many people make a will in later life and it cannot be assumed that a person makes an active choice not to make a will.

We’re concerned that 40% of people die without making a will each year.

We therefore agree with proposals for courts to be given a dispensing power to recognise and give legal effect to a testator’s intentions, where strict formalities for making a valid will have not been followed.

However, we recognise that wills are discretionary, and legal reform can only go so far.

There are several reasons why individuals may actively choose, or remain indifferent to making a will, including age and cultural perceptions of death.

To encourage the take-up of wills, we recognise that there is a need to improve the methods available to approach the issue.

We are therefore not opposed to the possibility that wills may, at some point, be made electronically.

However, we urge caution against proposals to usher in a fully digital process at this time.

Without access to a detailed proposal for how a digitised system might operate in practice, and guidance to accompany such, it is difficult to picture how this could be implemented.

The timetable for reforming the Wills Act remains under review but the Law Commission remains committed to completing the works on Will reforms.