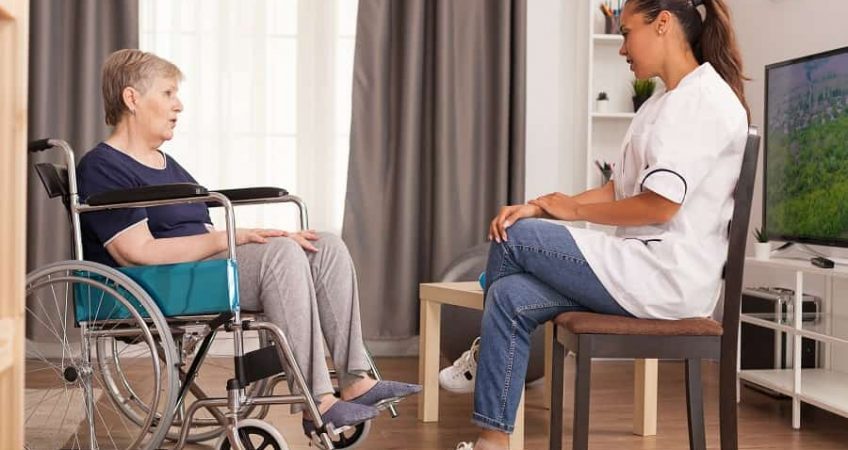 77% of over-45s have not thought about whether they might need professional care in later life, nor have they planned for it, or spoken to family about it, says the latest Just Group Care Report.

The Social Care – Policy Vacuum Report, which set out to investigate how the over-45s think and feel about adult care, reveals that amongst low levels of engagement towards the subject of paying and planning for elderly care, most families are also reluctant to talk about care matters when giving or receiving money.

“Very few people – including those already in later life – make plans for their own care in the future. It is unusual for people to talk to family about their wishes should they need care. Almost nobody has made specific financial plans to pay for care.”

Inheritance gifting is attractive to donors who want to see the benefits of the gift while still alive and of course may help to reduce inheritance tax in the future. So although inheritance gifting is common, the report shows that it is unusual for people to consider the likelihood of needing to cover care costs in later life before making the gift to their children.

The report finds that two-thirds of those who have gifted significant sums to children did not consider their own future care costs before handing over the cash and only 4% had an understanding that the children receiving the cash would help with care costs. A greater proportion of those who received money (13%) did have an understanding that they would help fund their parents care later if needed, but of those, 46% did not have an agreement and 41% did not even discuss it.

When asked about inheritance gifting, an expert panel of Independent Financial Advisors also revealed that a quarter of clients need to be challenged about their gifting intentions. The main reasons were that clients either don’t consider how long they might live and how care might be paid for, or the fact that some simply don’t have enough money to gift.

The number of people aged 90+ years in the UK has tripled since the mid-80s to more than 600,000, and continues to grow. An ageing population is likely to increasingly require professional care, so the report is now calling on the Government to encourage and incentivise better estate planning and financial advice for later life, as well as address the widespread lack of knowledge about how the care system works, and the reluctance of families to talk about future care needs.

Jim Boyd, CEO of the Equity Release Council commented on the report findings:

“We welcome the Government’s commitment to make reform to social care funding a priority. The findings that a majority of families are making gifting decisions without considering or understanding the potential impact of care costs shows there is still a major awareness gap to bridge.”

“We urge people to seek regulated financial advice to explore how all of their sources of income and assets can best be used to provide for them in the future. We have called for a major public information campaign to educate consumers about care funding to play a key role in any Government objectives to deliver sustainable reform.”

The report also called for the following points to be addressed when making social care reforms:

The full report can be viewed here.