Decennial Life Tables, who release statistics each decade regarding life expectancy figures for England and Wales, have recently published data that could raise key concerns over pensions and will writing for both current and future generations.

The statistics reveal that life expectancy has essentially doubled for men and women between the years 1841 and 2011. During the early nineteenth century, the average male was expected to reach 40.2 years, compared with 42 years for women. These figures changed drastically over the next 170 years, showing that in 2011 the life expectancy was 79 for men and 82.8 for women.

The data also shows that the average life expectancy has increased for people at varying ages too. For example, women aged 65 in 1941 would have an estimated 11.5 years life expectancy left, compared to 20.9 years in 2011.

This information is especially revealing when considering pensions and legal documents such as wills and Lasting Powers of Attorney (LPAs). The impact on pensions demonstrates that those who currently enter retirement aged 65 will have to spread their pension out over double the length of time compared with when the State Pension was first introduced in 1908. Accordingly, this may have a detrimental impact upon the elderly population’s legal finances. Less of an estate may be left as inheritance due to an increased need for finances during a person’s lifetime.

Going hand in hand with a rising national age expectancy is the need for a professional will, however figures from The Law Society show that over one-third of those age over 55 in the UK have not written one. Arguably it is now easier than ever to create a will, however this is an aspect of modern life that many understandably do not wish to face. With the current life expectancy age being higher than ever, the importance of wills and LPAs cannot be more highly encouraged.

Erika Sinclair of the firm Andrew Jackson has stated how documents such as LPAs should be carefully drafted for elderly clients. She states that it is especially important since ‘with greater life expectancy there are more examples to draw upon where people are choosing to turn to fraudulent means to ensure they receive their inheritance.’ Clients also may be more vulnerable when at significantly older ages, requiring practitioners to be more vigilant to risk and capacity.

A longer time spent in retirement requires greater financial planning both for during a lifetime and for when passing on an estate during probate. As with all financial and legal documents, professional advice is always strongly recommended. Sinclair agrees with this point, stating that advice from a legally qualified professional can help to avoid situations of high risk from third parties.

Do you think more could be done to encourage wills and LPAs? Share your thoughts with us in the comment section below. 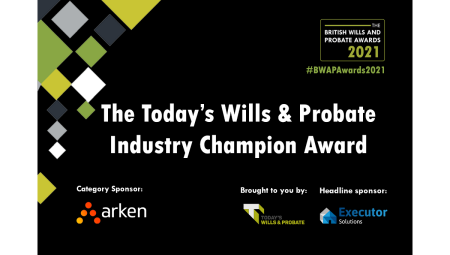