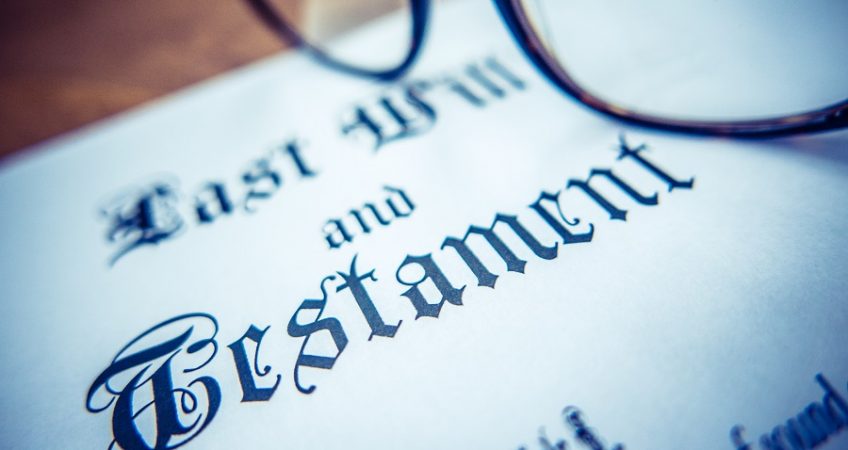 A recent High Court case has illustrated the importance of being prepared and making a Will.

The industry itself continually reminds the crucialness of having a valid Will in place and a recent court case has evidenced the importance of such a document.

The Court heard the case of who should inherit the estates of a married couple who passed away within months of each other.

A national firm, Clarke Willmott LLP analysed the case to show what would happen when a deceased spouse leaves everything to their partner with no provision for what happens to their estate if their partner has already died.

The firm outlined the case:

“The case itself decided on the distribution of the estates of a married couple Margaret and Alan, who each died within months of each other at the age of 71 in 2019. The couple had no children and each left behind a Will appointing the other as the sole executor and sole beneficiary.

“When Margaret died of cancer in February 2019, Alan visited his solicitor to make a new Will but did not execute it before he died of a heart attack in May 2019.

“This meant that Alan’s estate, including that which he inherited from his wife, passed under the laws of intestacy to his next of kin, namely his brother, sister and nephews.

“The dispute arose when Margaret’s brother and sister claimed the couple made ‘deathbed’ gifts to them before they died, but Judge Jarman ruled that the purported gifts did not meet the definition of deathbed gifts.

“As Alan had not updated his Will following his wife’s death, his entire estate was distributed according to the law of intestacy because his will did not provide for what should happen if he died after his wife.”

Carol Cummins, a private wealth team leader at the same firm commented on the case. She said:

“This case is the perfect illustration of how a Will should make your wishes explicitly clear, rather than your surviving family having to second guess the deceased’s wishes.

“It consequently reduced the likelihood of disputes. The family in this case appears to be a close one but they still end up having to have their disagreements settled by the court.”

“A good Will should deal with any number of ‘what if’ scenarios. The likelihood of the sole beneficiary, whether that be a spouse or otherwise, also dying at the same time or shortly after is a big consideration.

“It is really important to deal with this in the Will rather than relying on the surviving spouse to make a new will as they might not get around to it quickly enough, as here, or they might lose mental capacity and be unable to make a Will.”

Recent research, commissioned by Anglia Research, revealed the number of people dying without setting out their last wishes jumped by 60% across England and Wales between March and May last year in the first lockdown, compared to the same period in 2019.

The results, obtained via an FOI request sent to all 359 local authorities in England and Wales, found that 41% of councils experienced a rise in the number of people dying without a will, with some areas seeing the number triple – and with 12% of councils reporting intestate deaths for the first time.

“The ongoing pandemic has disrupted every aspect of life, and the dramatic spike in intestate deaths is yet another upsetting symbol of many lives have been lost to COVID-19.

“With more people dying intestate than ever before, and potentially with no known next-of-kin, it is our responsibility as probate genealogists to correctly locate beneficiaries and facilitate the distribution of the deceased’s assets. One mistake could result in years of legal battles for rightful beneficiaries to obtain the inheritance they are due……”