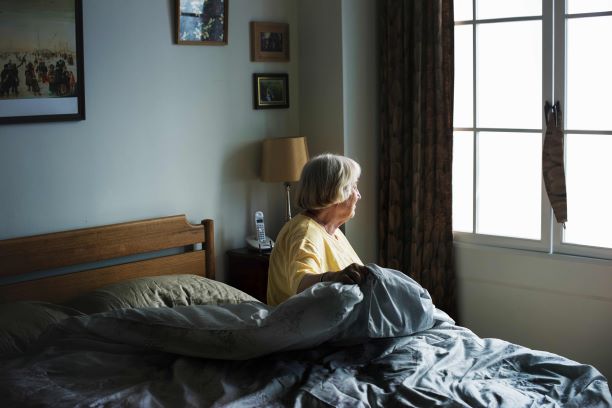 Are we ‘living’ longer or merely being kept alive well beyond our individual natural expiry date?

As modern medicine continues to improve, death and old age is rapidly becoming viewed as almost an act of personal negligence.  The medical profession and those struck down with illness are encouraged to ‘keep fighting’, sometimes long after disease has already won the battle and all that is left is a living corpse, denied the dignity and peace of death.

In a sensitive and poignant article by Katy Butler, the agony of prolonging death is laid bare:

“My father Jeffrey—a retired Wesleyan University professor who’d tossed me laughing into the air when I was a baby and taught me to read when I was four—had suffered a devastating stroke at the age of 79. A year later, to correct a slow heartbeat, he’d been casually outfitted with a pacemaker that kept his heart going until his life became a curse to him rather than a blessing. He’d told my mother, “I’m living too long.”

By the time the hellish summer of 2006 arrived, he was 84 and I’d come to believe that his pacemaker should never have been installed at all. The man I loved more than any other was going blind and falling into dementia. He did not understand the purpose of a dinner napkin and when I visited, I had to coach him to take off his slippers before he tried to put on his shoes. In June, he spent an entire weekend brushing and re-brushing his teeth. In August, he suffered a brain haemorrhage, fell in the driveway, and spent nearly a week in Yale-New Haven hospital, where he suffered a terrible form of cognitive decompensation, often afflicting the elderly, known as “hospital delirium.” When he came home, he asked my brother Michael why the living room was filling up with leaves.”

There is another side to modern life and advancements in access to information; should we be struck down with a degenerative disease, dementia, or a slow-acting but terminal cancer, we are under little illusion of the pain and indignity that lies before us.  For this reason, and because we can be kept ‘existing’ for many years, in a state few would describe as living.  And this has brought the debate of ‘assisted suicide’ to the fore, with each new case which hits the headlines challenging our concepts of morals, death, and the right to control our own lives to the end.

Helping someone die and the rule of forfeiture

The recent case of Ninian v Findlay [2019] EWHC 297 (Ch) provides a small, but significant advancement in the law surrounding assisting a loved one to die.

Section 1 of the Forfeiture Act 1982 states:

(1) In this Act, the “forfeiture rule” means the rule of public policy which in certain circumstances precludes a person who has unlawfully killed another from acquiring a benefit in consequence of the killing.

The case concerned a widow of an 80-year-old man who was diagnosed with a progressive, incurable, degenerative disease.  Three years after being diagnosed, he made the decision to end his life through accompanied suicide and contacted the Dignitas clinic in Switzerland.  At the time his wife was unaware of his decision.  When she discovered his plans, she tried to dissuade him, but he was determined.  She convinced him to tell his doctor and to look into palliative care options.  However, she also assisted with much of the administrative aspects of applying to the Dignitas Clinic and made the necessary travel arrangements as he was unable to speak.  And because she loved him, she accompanied him to the clinic.

The widow was never prosecuted for her actions as the police concluded that to take such a step would not be in the public interest.

The widow made an application under section 2 of the Forfeiture Act 1982 to have the forfeiture rule modified or excluded.  Such action could be taken by the Court if it was felt justice demanded it.

Section 2 of the Suicide Act 1961, which provides for the offence of encouraging or assisting suicide, was first considered.  The Court noted that in 2010, substantial amendments had been made to the Suicide Act with the aim to clarify the existing law.

It was concluded that the widow had not wanted her husband to go to the Dignitas Clinic.  However, it was her actions that made the trip possible.  Therefore, when viewed objectively, the acts of the widow were capable of assisting suicide, and she had the necessary intent to help her husband end his life, despite her objections.  This meant the elements to constitute an offence under section 2 of the Suicide Act were satisfied.

Once it was established that the forfeiture rule applied, as it did in this case, the Court may have regard to the Claimant’s conduct and material circumstances of the case when deciding whether or not to exercise its discretion.

The Court examined the dissenting decision of Lord Justice Mummery in Dunbar v Plant [1998] Ch. 412, [1997] 7 WLUK 487, whereby the scope of discretion was discussed, and paragraphs 43-45 of a publication issued by the Director of Public Prosecutions entitled “Suicide: Policy for Prosecutors in Respect of Cases of Encouraging or Assisting Suicide“, which set out the factors tending for and against prosecution.  It was decided that although the dissenting opinion in Dunbar was not determinative, the fact the CPS declined to prosecute was a powerful factor in the Court granting relief from forfeiture.

It is safe to say that these types of cases will become more frequent.  Regardless of what the law states, compared to even 10 years ago, people are more educated, wealthier, and have access to the information and means to take matters into their own hands when it comes to the right to die.  Anyone who has loved knows that they would do anything to end their beloved’s suffering.  And if relief from forfeiture is not granted, is it not a final insult to the bravery of the person who has taken matters into their own hands, to refuse to honour their last wishes via their Will?  Or do we need to stand firm, and apply the law rigidly, until Parliament resolves the matter of whether a human being has the right to decide when to die?

What do you think?