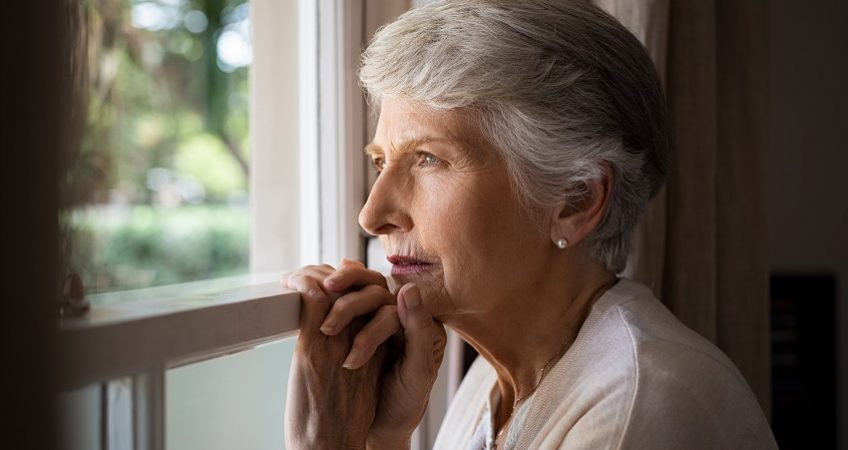 A shocked family of a 91-year-old dementia sufferer who died months after secretly marrying a man 24 years her junior, are calling for a change in the law.

Michael Blass and Sister Daphne Franks were horrified to learn that their mum, Joan Blass had married her live-in carer, Colman Folan, 70, only five months before she passed away.

Joan suffered from Vascular Dementia and could not remember her own name never mind her new husband’s name and did not know where she lived.

Due to the marriage taking place not long before her death, both Michael and Daphne lost out on their £210,000 inheritance after the registry office cancelled her Will – even with Daphne being power of attorney.

She is now calling on a change in the law as she believes her mum would not have realised she was married, plus, she was still wearing the wedding ring given to her by her husband of 50 years Ron, who died back in 2008.

Daphne, from Leeds, told Sun Online: “The first we knew mum had got married was the GP’s office after she died when he started waving around the marriage certificate.

None of us could believe this had been allowed to happen.

“They just went one day with his son and person from the pub as witnesses and they got married.

“She hadn’t even recognised my brother three weeks before and she thought Colman was her carer – she used to ask me: ‘did you get him for me?’

“It was absolutely devastating for us. We can’t go into her home where she lived and where my wedding dress and letters from my grandad in the World War are.”

She added it had “wrecked everything”.

Joan met Folan in 2011 which was the year she was diagnosed with severe dementia. Five months before Joan died, Folan started acting coldly towards them and would not let them see her.

Daphne said: “He made it incredibly hard to see her. He would say she was asleep or not feeling well.

“I had keys to her house but he was keep his key in the lock so we couldn’t open the door.

“He became very cold and unpleasant.”

The family discovered the horrifying truth after Joan tragically passed away in March 2016 after developing cancer.

They were then told they were not allowed to attend their own mother’s funeral and Joan was buried in an unmarked grave – even though her family said her expressed wishes were to be cremated.

They took Folan to court to try and take over the funeral arrangements but the Judge ruled in his favour. This left them with a £200,000 legal bill so they were forced to hand over their £175,000 inheritance from their dad’s share in the house to Folan and use their own savings for the rest.

In desperation, Daphne and Michael contacted the police as they felt their mum was forced into marriage but lawyers decided there was no case and decided against prosecution.

Daphne said: “The marriage shouldn’t have been allowed to happen.

“She didn’t even know her own address yet was given the go-ahead to marry a man whose name she couldn’t remember.

“There should be a capacity assessment carried out by registrars to determine if someone is in their right mind to marry.

“We have to continue fighting.”

Daphne spoke with her local MP Fabian Hamilton who raised the case in Parliament calling for new measures to prevent “predatory marriages”.

The term means someone being led into a marriage without the mental capacity to consent.

The bill will have a second reading in Parliament on January 25.

As a will writer, what is your opinion of this case, do you think the proposed new bill will protect the vulnerable and stop exploitation?