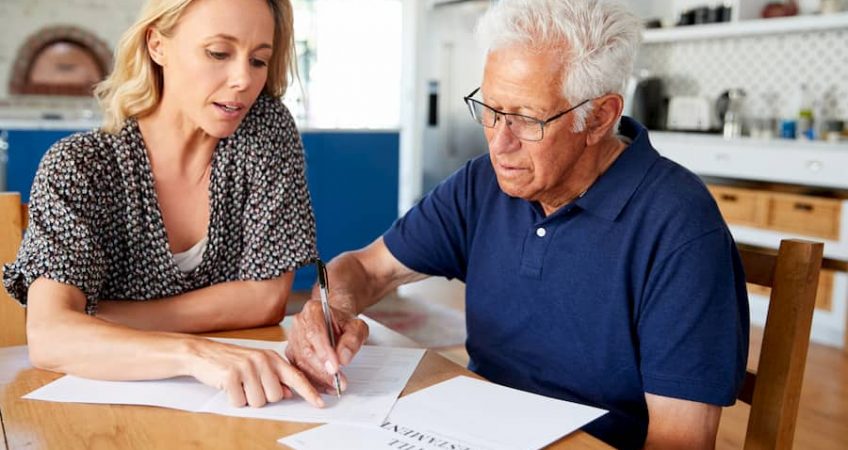 For anyone in the field of Wills and probate, the requirement to meet the validity requirements of Section 9 of the Wills Act 1837 (WA 1837), will be etched on their minds. It states:

“No Will shall be valid unless—
(a) it is in writing, and signed by the testator, or by some other person in his presence and by his direction; and
(b) it appears that the testator intended by his signature to give effect to the Will; and
(c) the signature is made or acknowledged by the testator in the presence of two or more witnesses present at the same time; and
(d)each witness either—

but no form of attestation shall be necessary.”

On face value, these rules of validity are clear-cut, but case law over recent years has tested the interpretation of Section 9.

The recent case of Mason and Others v Robinson Solicitors and Others EWHC 4055 (CH), 2019 WL 07403645, involved testator Joyce Relton who died on 23 August 2015 at the age of 93. The High Court of Justice Business and Property Courts of England and Wales Property Trusts and Probate List was asked to consider whether Ms Relton’s Will complied with Section 9 of the WA 1837. The claimants in the case were seeking a declaration that the Will was invalid, and as a result that Ms Relton died intestate. Validity was being questioned on the basis of insufficient evidence of due execution and of Ms Relton’s knowledge and approval of the contents of the will. There were also two errors in the Will; an incorrect relationship description of a beneficiary, and a surname.

What was unusual about this case was that no one wished to actively defend the claim or lay a counterclaim. The general rule is that extremely compelling evidence relating to execution and attestation is needed to displace the presumption of due execution if Section 9 has been broadly followed. Given that no evidence was forthcoming in this case, the judge instead took into account surrounding evidence. In the words of the Chief Master Marshall, “When considering evidence to rebut the presumption of due execution of a will, the High Court found that, in the absence of evidence from the attesting witnesses, it was appropriate for the court to place greater weight on the surrounding circumstances than if the evidence of those witnesses had been available”. The judge went on to detail seven points which put into question due execution and as a result decided there was more than sufficient evidence to rebut the presumption of due execution even without evidence from attesting witnesses. He concluded that the claimants were entitled to the judgements requested.

This case is significant as it demonstrates that even with a high bar of proof needed to rebut the presumption of Will validity, in the absence of witness accounts, if the circumstances are sufficiently compelling, the Courts will rule a Will not to be duly executed.

In the case of Payne and another v Payne, the Court of Appeal was asked to consider if a Will was valid in accordance with Section 9 of the WA 1837, because two of the witnesses had not signed the Will at the time of attesting the testator’s signature. The witnesses explained that while they had seen the testator sign the Will, and they had written their name, address, and occupation, they had not signed the document as there was no specific place for them to do so. In assessing the case, the Court reviewed the latest wording in Section 9 of the WA 1837 with that pre-1982. It was discovered that ‘subscribe’ (meaning ‘to agree to’) had been replaced with the ‘sign’ – in an effort to replace outdated phraseology. In the view of the judges, this change in wording was not about putting in place stricter requirements, rather just updating the language used. As such, ‘subscribe’, and ‘sign’ hold equal meaning, meaning the witnesses only needed to “write their name with the intention that the act of writing should operate as an attestation”.
This case further highlights that Section 9 of the WA 1837 cannot be interpreted in a literal manner in all circumstances. The Courts, where necessary will take a broader perspective to determine if a Will is valid.

The Supreme Court was asked to rule whether a mirror Will signed by the wrong spouse could be rectified. According to Section 20 of the Administration of Justice Act 1982 (AJA 1982), the Court has the power to rectify a Will “if the will is so expressed that it fails to carry out the testator’s intentions because of either: a clerical error; or a failure to understand his instructions”. In this case, the Solicitor handling the mirror Wills mixed them up then handing them to the testators for signature. Unfortunately, the error by the Solicitor did not come to light until after the death of Mr Rawlings (the second death). Mr Marley, the sole executor and beneficiary of the combined estates, applied to the High Court to have the Will rectified. This was refused by the High Court, who decided that Mr Rawlings hadn’t intended to give effect to the Will he signed as it was his wife’s Will. The Court of Appeal upheld this decision. The Supreme, however, disagreed and allowed the Will to be changed. In part, this was on the basis that that rectification on the ground of clerical error is not confined to cases of mistaken insertions and omissions in the text of a will.
This case was of particular interest as it broadened the definition of ‘clerical error’, especially in cases where it does not conflict with the intentions of the testator.

These are just three of many case decisions which have added greater nuance to the seemingly simplistic nature of Section 9 of the WA 1837. In each of these, the Courts have gone beyond the literal interpretation of Section 9 to make decisions which have significant consequences for beneficiaries. Such discretion, when applied with full consideration of the facts, balance, and with the original intent of the testator always in mind, should be welcomed.