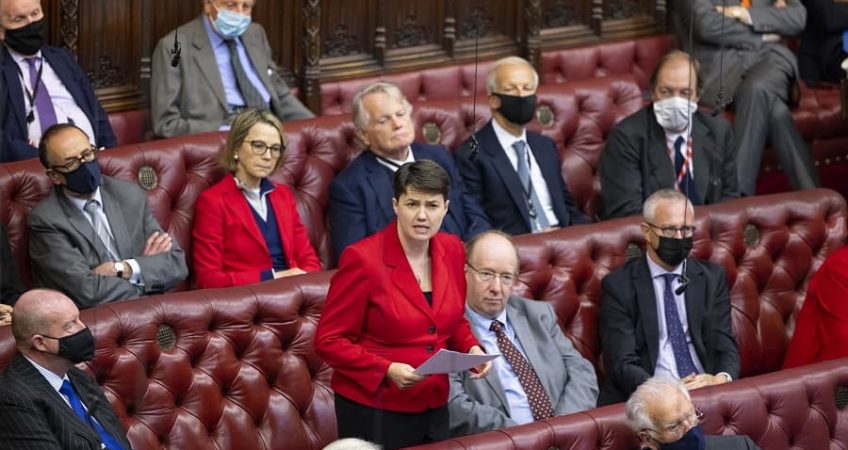 The private members Assisted Dying Bill cleared its second reading in the House of Lords on Friday.

Introduced by Baroness Meacher in May 2021, the bill seeks to provide greater clarification over the issue of euthanasia in the UK.

Currently euthanasia is illegal in the UK under The Suicide Act 1961 which makes it a specific offence to be complicit in another’s suicide.

In her introduction during Friday’s reading, Baroness Meacher pointed to the overwhelming support across society for the introduction of legislation which would “reduce unnecessary and unbearable suffering.”

“How many of us fear that we may be one of the unlucky small minority—I emphasise “small minority” —of people who suffer a traumatic dying process in which our precious palliative care services cannot relieve our suffering and cannot enable us to have a dignified death?”

“Some 52% of the population report that they have witnessed a loved one suffer unbearably at the end of their life. Assisted dying will reduce those fears of dying so that we can live better.

“The benefits of the Bill to dying people and their families will be huge, yet this is a truly modest Bill based on tried-and-tested laws from overseas. It is an overwhelmingly popular Bill in society. We know that 84% of the population at large support assisted dying, including 80% of people who declare themselves religious and 86% of disabled people.”

The reading saw a number of peers share their own thoughts and personal experiences. Baroness Jenkin of Kennington described how the current situation does not stimulate a property debate.

“The current blanket ban on assisted dying does not work well: it thwarts open discussion between dying people, their doctors, and friends and family, forcing some people to suffer unbearably against their wishes or plan other ways to die on their own terms—whether this is an assisted death overseas or a lonely, violent death at home. I know this Bill may go no further today, but I look forward to the day when we have a Bill that does.”

“One of the reasons I became so strongly committed was the experience of going to Oregon and seeing its legislation in place. What struck me most was the number of people who entered the system and got a prescription but never cashed it—the number of people who, because they had the security, the insurance policy and the peace of mind about what would happen if things became intolerable, actually did not need to avail themselves. I think it is 35% of the Oregon cohort that does not follow through.”

Lord Hunt of King’s Heath echoed many comments from those who opposed the introduction of legislation, describing the Bill as “a foundation for further changes.”

“The noble Baroness, Lady Meacher, whom I greatly respect, said it was a modest measure containing many safeguards, not a slippery slope. I accept what she says, of course. None the less, modest though the Bill is, it is a foundation for further changes in legislation, which—as night follows day—would surely follow if this were enacted into law. We should be very, very, very wary of the Bill.”

The Government have not adopted an official stance on assisted dying, regarding the issue as a matter of conscience. A Downing Street spokespersons said

“This is obviously a very emotional issue. The Government’s position on assisted dying has not changed.”

“This is a matter for individual conscience. Any change in the law is for Parliament to decide rather than Government policy.”