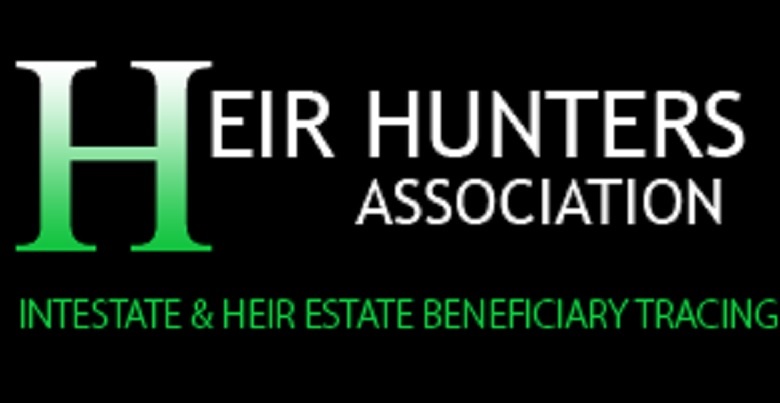 Until 2009 there were no probate research (Heir Hunter) trade associations, no supervision or observation of research methods and subsequent administration of estates claimed from BMD under the laws of intestacy.

The probate research industry is NOT regulated and unlikely to be so, the size of the industry is small in real terms, and potentially, at least, capable of self-regulation.

As a direct result of HHA being formed the number of probate researchers (as individuals and firms) grew from around 50 to over 500 at a peak, declining in recent years due to the competitive nature of the business and the time/cost ration to achieve economic results.

Overtime HHA itself has received questions and complaints from members of the public, heirs to estates and members engaged in probate research aka “Heir Hunters”. HHA has evolved to become a recruitment and training organisation and did not set out to be a trade association, but assumed its duties in the public interest, more than on behalf of the industry.

HHA in 2011 sponsored the creation of the Heir Hunters Association Ltd, a non-profit company limited by guarantee, designed to be independent and impartial having no owners or shareholders. On the 15 November 2013 it was renamed The Federation of Probate and Asset Researchers Ltd (FPAR) due to the confusion with the similarity of names.

Both organisations helped identify fraudsters Susan Dalton and Daniel Bates and already have a portfolio of other suspects in varying stages of investigation.

HHA via www.unclaimed-estates.org.uk sets out to provide free and impartial advice to potential heirs and their family members. Many old unclaimed estates have been solved through enquires via this web site.

It was reported that just last month that a leading London firm of probate researcher announced the creation of;

There is no evidence the organisation has been incorporated as a private firm or limited by guarantee. The web domain has been registered by the sponsoring firm.

A press release announced the launch in August aimed at recruiting professional probate research firms, as opposed to FPAR membership which is for individuals. Their well-designed web site outlines the aims, but some elements are yet to be defined, this is we understand being achieved in the coming months.

Hot on its heels another London probate research firm has set up an organisation called the “Association of Probate Researchers Ltd” a company limited by guarantee currently with a sole director.

It is not fully clear what each organisation will be doing and why we need THREE (or more) trade associations for a small, albeit unregulated industry.

Research organisations may opt to join one or the other, or none, indeed the cost and entry conditions may restrict indeed bar some from membership at all.

One would have assumed the industry and the public would be better served by fewer trade associations rather than more. Indeed, other firms may well start their own trade association to add even more to the current confusion.

It is unclear if HHA’s own research organisation www.hha-research.org.uk may seek membership of any of the new organisations especially in view of its close affiliation with FPAR and the apparent lack of independence of the fledgling organisations.

Clearly HHA and FPAR have limitations and are still “young” but they do already represent a large part of the smaller probate researcher firms and individuals.

Current information suggests organisations will recruit members and police their own members for quality and adherence to procedures and protocols established by the organisations.

On greater concern is the identifying of errant researchers who are committing fraud, they need to be brought to justice, not easy to achieve, as it requires a long period of collecting data and monitoring of the miscreants, then for heirs to bring legal action usually via Trading Standards Offices.

HHA has a proven record in this regard and stands alone from the other 3 organisations having a different view of the industry and those in it, especially those who find membership of a trade association not necessary.

Time will tell who will join what, and more critically why!!!